A Range of Abusive Behaviors

MVP Strategies trainings address a range of abusive and violent behaviors, including gay-bashing and same-sex abuse. 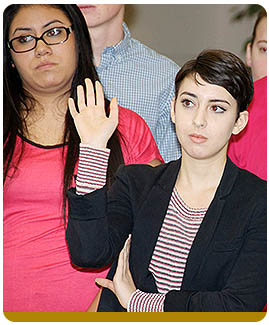 The U.S. Department of Education issued guidelines in 2014 that directed college campuses to provide prevention programming on a broad range of abuses. This included dating violence, domestic violence, sexual assault and stalking. It is important to note that in the MVP Model we have included all of these and more since 1993.

In MVP Strategies trainings we also talk about the abuse, harassment, and violence that men experience—usually (but not always) at the hands of other men. The same cultural and socialization processes that produce men who are violent toward women also produce men who verbally, physically, and sexually assault each other and boys.

The Model employs real-life scenarios that address the role of the bystander in instances of male-on-male bullying, gay-bashing, violence against LGBTQ individuals, and other forms of abuse. MVP emphasizes that friends and peers have a crucial role to play in interrupting and intervening in all types of abusive behavior. Friends and peers need to make it clear that abusive behaviors violate group values and norms and will not be tolerated.

Wrong in all situations

MVP creates space to discuss not only gay-bashing, but also same-sex abuse in gay, lesbian, and other relationships that are outside the heteronormative binary. The concept is consistent: emotionally, physically, or sexually abusive behavior is always wrong, regardless of the context. And friends and peers–as empowered bystanders–have a crucial role to play in making that clear.