MVP: A foundation of social justice

From its inception, MVP has utilized both the philosophy and teaching tools of social justice education. In fact, the bystander approach itself has important roots in the social justice idea that everyone has a role to play in counteracting harassment, abuse and violence — especially members of groups with disproportionate power and privilege. 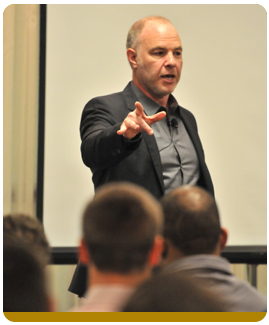 One of the enduring ideas of the Civil Rights Movement, and one of its most valuable gifts to subsequent generations of anti-racist whites and anti-sexist men, was the idea that silence in the face of injustice was tantamount to consent. Men who remain silent in a culture where rape, domestic violence, sexual abuse and sexual harassment are ubiquitous features of the social landscape are just as complicit as whites who fail to take a stand against racism. This simple but powerful insight is not only reinforced through analogies sprinkled throughout MVP trainings and printed materials; it is built into our programmatic DNA.

Unfortunately, many gender violence prevention programs today focus on bystander behavior, but unlike MVP they do not explicitly discuss the gender, sexual and racial norms and structures of power that often underlie abusive acts and affect the likelihood of interventions.

Since its inception, MVP has featured lively and challenging interactive dialogues about sexism, gender and sexual norms, power and privilege. In MVP sessions, racially and ethnically diverse groups of young men and women discuss questions such as:

The lively dialogues always return to the heart of the MVP mission: what everyone can do both to interrupt and challenge abusive behavior, and to undermine its social legitimacy.